A drunk driving arrest, especially in the state of Washington (considered as the state with the toughest DUI laws in the U.S.) is sure to lead to a mountain of legal consequences without the valuable assistance of a skilled Kent DUI attorney such as from the Law Offices of Kim E. Hunter, PLLC. There may be a chance to counter the charges, starting with investigating the reliability of standard FSTs or field sobriety tests. Writing for the Annapolis Patch, Drew Cochran notes:

When it comes to field sobriety tests (FST), it’s never been a completely “straight line” from test-to-result-to-correct conclusion. The reality is that there are many variables and mitigating factors that call into question the veracity of field sobriety testing in determining a driver’s blood alcohol level. […] 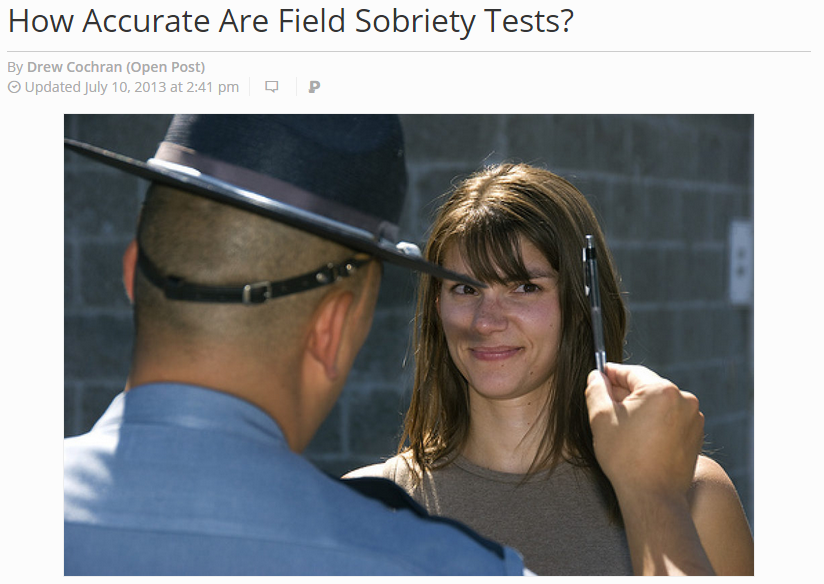 While FSTs are considered standardized, there would be certain situations that can drastically affect the accuracy of their results. There are 3 typical FSTs, namely the one-leg stand, the walk-and-turn, and the horizontal gaze nystagmus test (aka eye test). All tests have potential loopholes that can be challenged by an experienced a DUI defense lawyer from Kent.

One such loophole involves the immediate area where the test itself was conducted. For instance, making a suspected drunk driver perform the one-leg stand or the walk-and-turn tests on a sloped area could significantly alter the results. Upon close inspection of the area, it may look level at first sight – but actually slopes in two different directions. Gusty winds, slick roads, or scattered debris can also affect the results of the test at any given time.

Another way to challenge FST results is to consider the suspect’s medical conditions. Specific illnesses can actually hinder an individual’s balancing, walking, and coordination skills. For instance, musculoskeletal conditions like arthritis can cause an individual to fail a standard one-leg and walk-in-turn test, drunk or sober. Same conditions apply for the eye test as well.

The lack of a baseline, is also enough reason for questioning FST results. If said officer doesn’t have an adequate comparison on how the suspect would’ve performed on the same test while either sober or drunk, a solid claim cannot be established. Aside from the absence of a baseline, an attorney can also directly question an apprehending officer’s experience and skill in administering such tests.