24/7 Sobriety: Solution or Hurdle for the Federal Way DUI Attorney?

The job of a DUI attorney in Federal Way rarely ever becomes any easier. In 2009, the Ignition Interlock Program was introduced to allow individuals accused of driving under the influence to regain their driving privileges. Now, Washington State is considering a program to act as an alternative, or complement, to the installation of ignition interlock devices (IIDs) that also allows repeat drunk drivers to avoid incarceration—24/7 Sobriety. 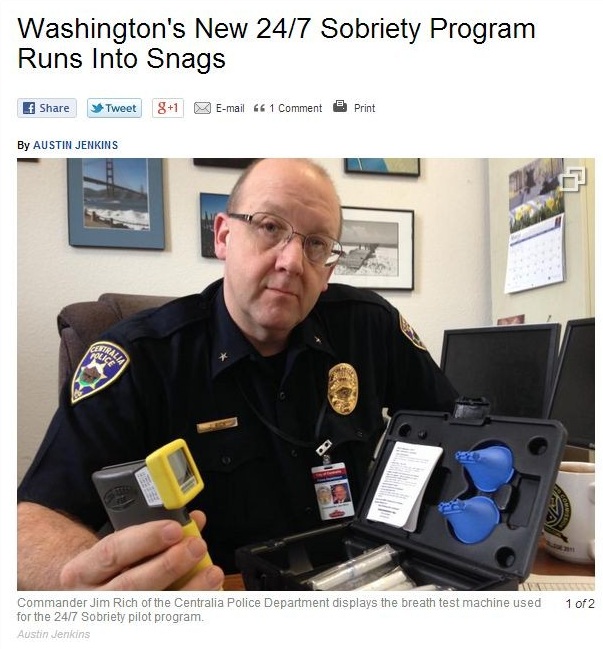 Unlike the ignition interlock program, 24/7 Sobriety puts greater limits on a person’s ability to drink. When a DUI offense calls for the installation of an IID in a person’s car, a problem drinker could still drink if he avoided driving the car the device was installed in.

On the other hand, a person on 24/7 Sobriety would have to avoid consuming alcohol completely. Constant monitoring is done via twice-a-day breath tests, or a continuous monitoring device worn on the ankle. A participant caught drinking faces stiff penalties.

The program does have its merits as a means of providing the strong deterrent necessary to break a bad drinking habit. In fact, in states where it’s currently being implemented, 24/7 Sobriety led to a reduction in repeat DUI arrests, as well as in domestic violence arrests.

However, some question the constitutionality and cost of implementing the system. On the legal side, detractors are taking issue with the fact that putting accused drunk drivers on 24/7 Sobriety as a condition of bail amounts to punishment without conviction. Still others have questioned the right of the government to suspend a person’s right to drink altogether.

The financial issues are equally complex. Individuals who are placed under the 24/7 Sobriety program are subject to a schedule of fees. Failure to produce the required fees results in a written warning at the first violation or jail time for all succeeding violations.

While it is, indeed, right to question the constitutionality and cost of the 24/7 Sobriety program, there are two sides to every coin: It isn’t unlikely that many might prefer to be put on the program rather than risk being incarcerated—which last up to 120 days.

On its constitutionality, Sen. Mike Padden (R-Spokane), the project’s prime sponsor, has commented, “I don’t think we should lose focus that the primary aim [for 24/7 Sobriety] was really people that have already been convicted.”

Regardless of whether the program does achieve its goal of state-wide implementation by 2017, however, if you feel that 24/7 Sobriety violates your rights, trust a competent DUI lawyer in Federal Way from established firms like the Law Offices of Kim E. Hunter to protect you using every defense available.